Michael has moved to Australia but he was responsible for the Briglin Photo and worked on the commercial photos used in the brochure.

I don’t know you unless you were around Crawford Street in 1970. I worked for Brigitte for upwards of 18 months largely on a casual basis, as a labourer and very average thrower. My main tasks were pugging, maintenance, renovation work and kiln unloading.Until over some wine one Friday evening as was the usual, with staff, she asked me about my photography. I had graduated 3 years earlier from Art School.From then we, and the potters, worked on a catalogue which I photographed in black and white. I still have the negatives.
I also think I may be responsible for the photo taken of Brigitte and staff outside Crawford Street.

I have many pleasant recollections of my time at the pottery, friends made and retained, joint experiences particularly in expanding the throwing room and kiln areas.I still have a couple of coffee mugs somewhere.

A chap called George Dear introduced me to Brigitte. He was a former student of hers I believe. I think he married and he a his wife started a pottery somewhere in South Wales.

Brigitte and I kept in touch for a few years after I left the pottery. She offered me the use of her villa on Gozo as well. An offer I never knocked back. The last time I was there was in 1976.

We lost touch or maybe just faded away after I moved to Australia in 1979, where I am now living

Some of the negative strips have some non Briglin images interspersed.

I am making enquiries about having the whole lot digitally scanned. The aim being to send you a disc
with all the Briglin images I have on it. Its all very interesting. Theres even some shots of Brigittes hands on the wheel.

The contact prints I have with Brigittes and my markings I will simply copy and send to you anyway. So stand by.

Most of the items in the catalogue on your site were photographed by me. All those pieces with shadows on the backdrop would be original studio shots, Ahem!!!! the studio being the basement extension at the pottery to the right of the stairs as one descends.

the items without shadows would have been lifted from previous negs or prints and masked up. I shot some of those as well. This was all done in 1972. Still sorting the digitising. 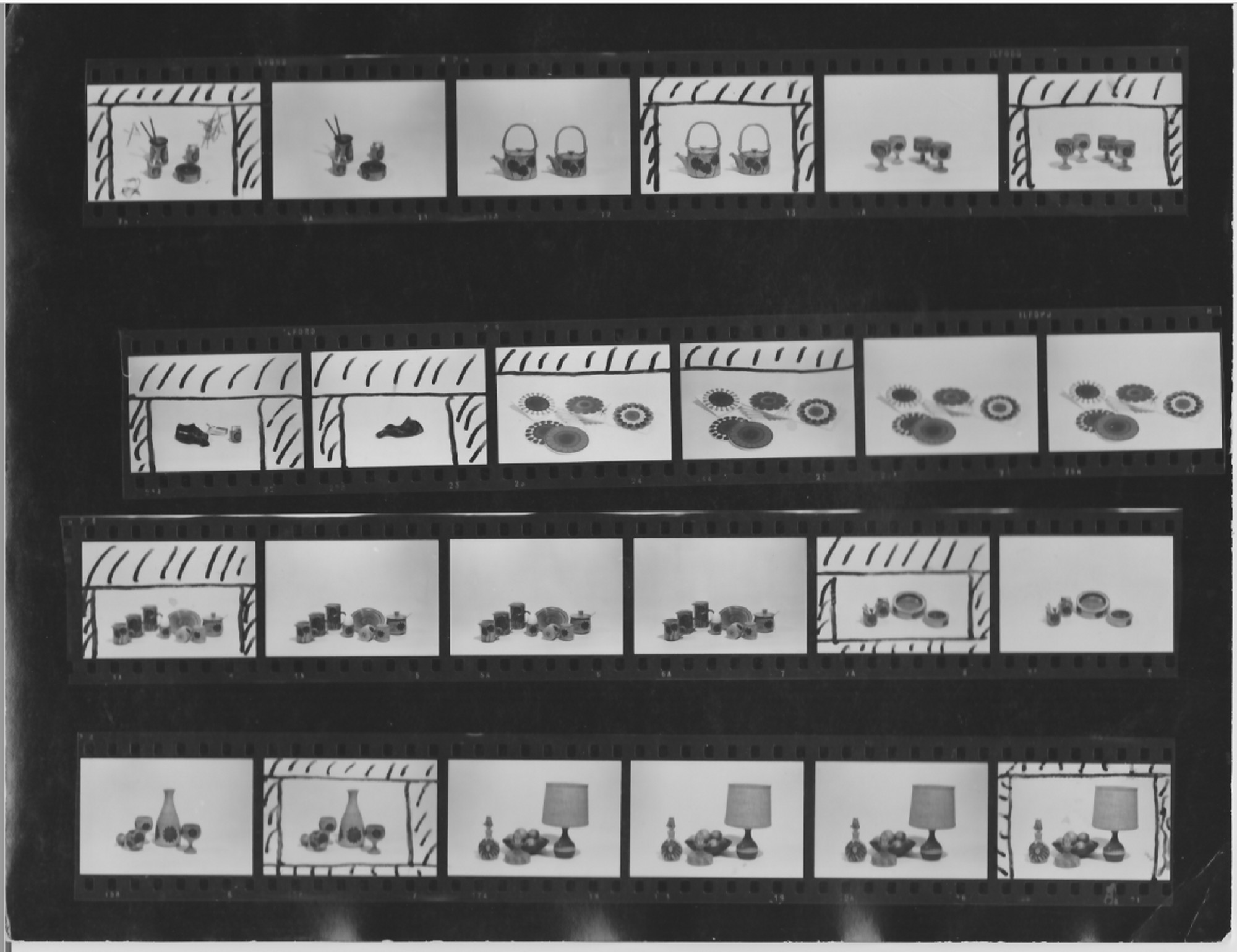