Commissioning pieces of ceramics from your local pottery to commemorate special occasions seems to be out of fashion. I have seen several pieces of ACS Aldermaston and some Rye items as commissions  I’m sure it was very common in the past. Briglin did have various connections with the acting community in London so it was no great surprise to see this large plate, it reads;

To GRIMOND from Harry Andrews and Paul Scofield” 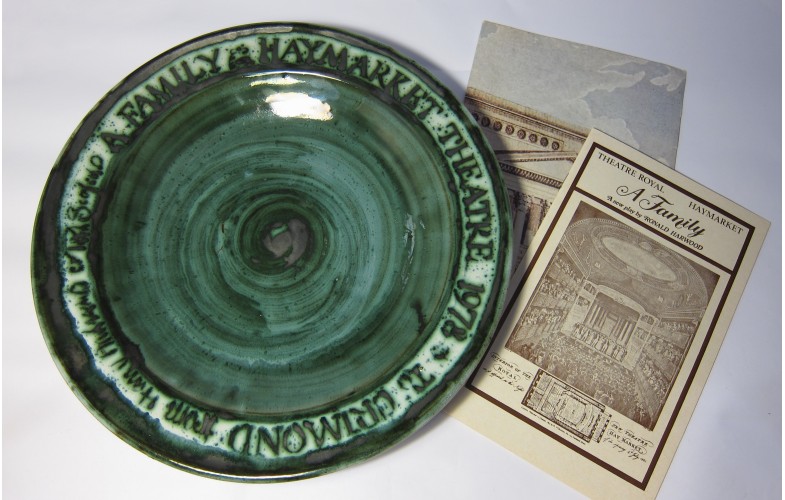 It is extremely useful to have dated items and this one looks exactly as expected for 1978. Dark oxide (crude) lettering on a pale green/white rim with the body of the plate in a green base with a darker washed over glaze in black. The reverse of the plate is pure white with a clean red clay base. It is stamped on the base / rim. Medium heavy. Not really a thing of beauty. It’s missing an image on the plate of the Haymarket or something connected with the play that would have improved it immensely. As it stands you could call it quite plain and just a bit boring. 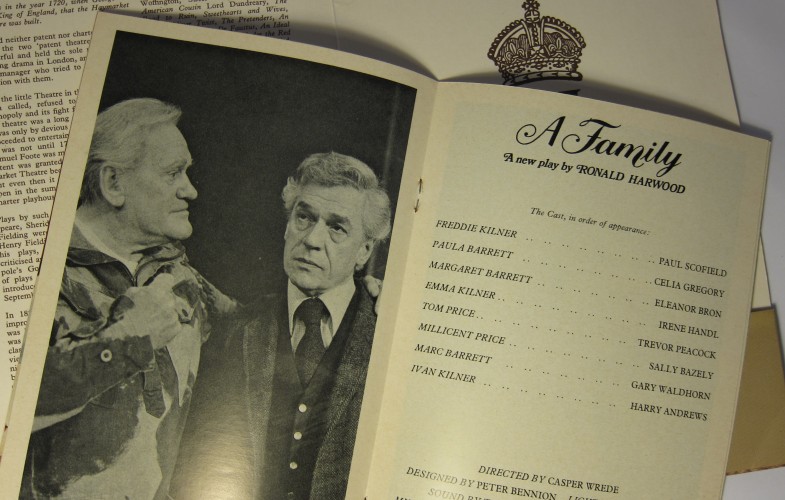 Paul Scofield and Harry Andrews were both very well known actors from that period (see links at the bottom for photos). Paul Scofield is probably remembered best for his role as Sir Thomas More in A Man For All Seasons in 1966, and I will always remember Harry Andrews in Ice Cold In Alex. 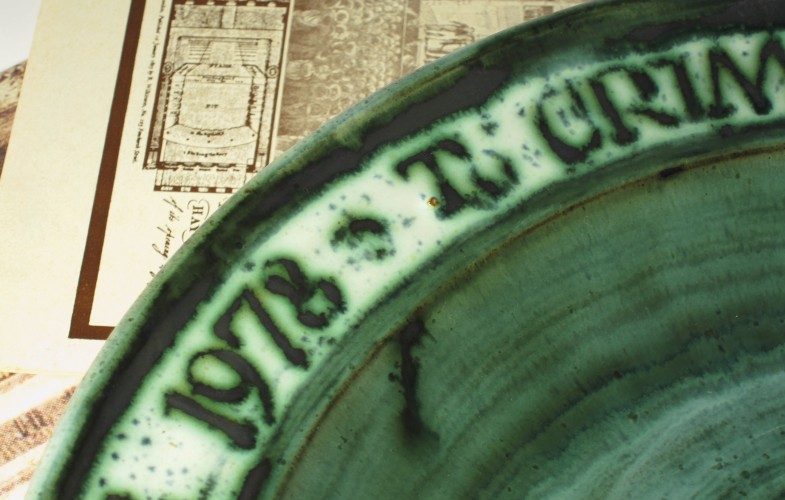 It took me a while to work out who Grimmond was. I first thought it was Grizelda Grimond, who was connected to Paul Scofield according to various links on the internet. However that did not add up. Why use a female friends surname on a presentation piece? Surely it would be the first name? It would be just too impersonal besides Grizelda was not connected to this play. I then did a bit of hunting and found on ebay the original programme from the Theater Royal, Haymarket from 1978. It’s contains some nostalgic adverts for Martini, John Player King Size Extra Mild “I wanted a low tar cigarette I could taste – now I’ve found one”, Burberrys and Benson & Hedges. In the back of the programme is a list of the cast and production staff. The Company Manager is listed as Grimmond Henderson. So I think it is safe to assume that this plate was presented to Grimmond for managing the play. So strange that there were two people named Grimmond / Grimond – I have never met any! I wonder if he mentioned that they spelt his name wrong? 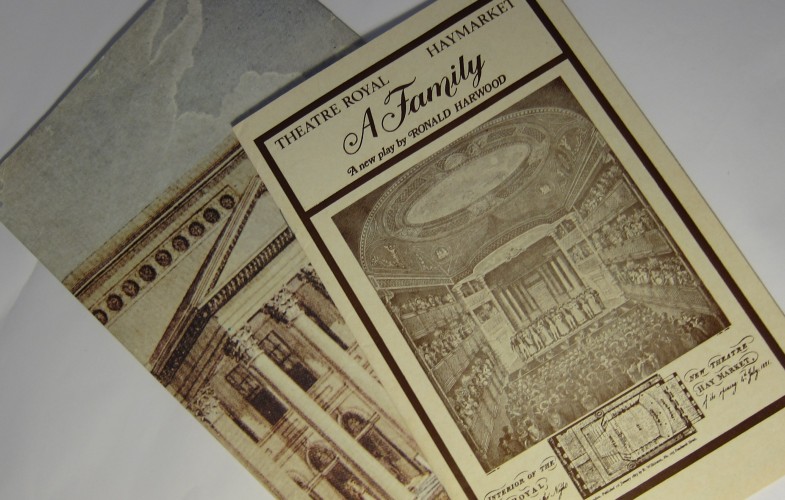 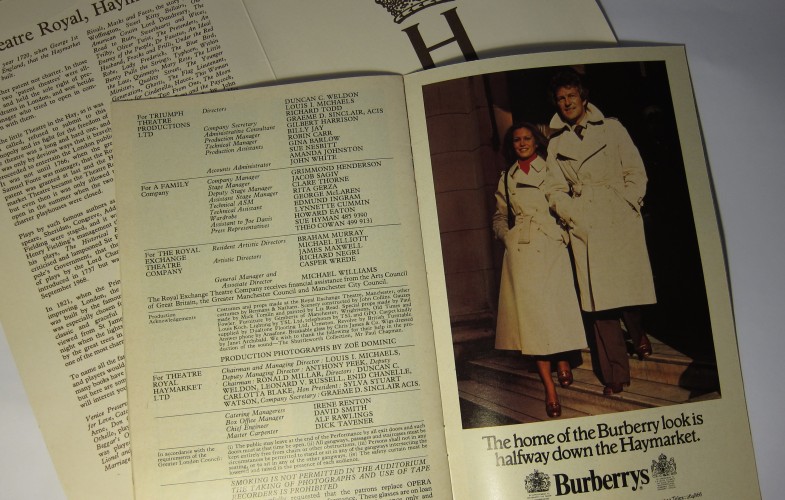 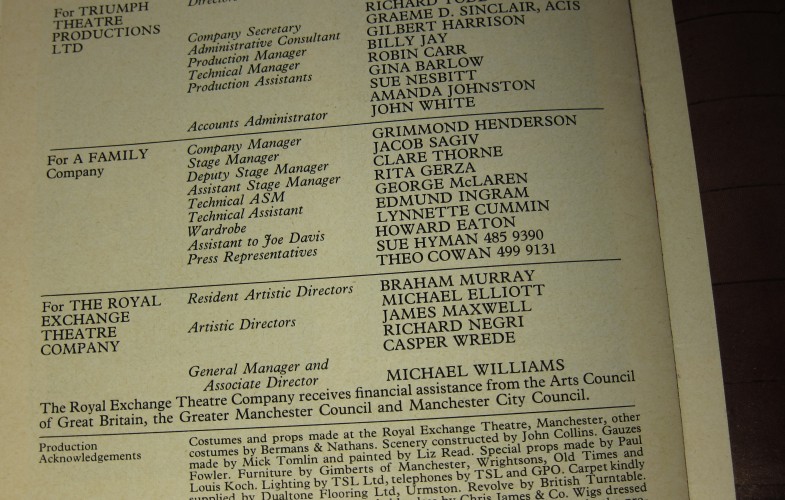 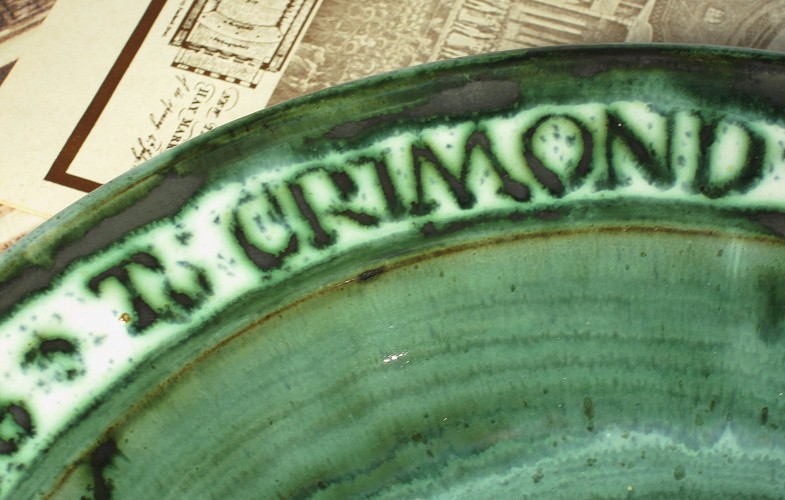