There is very little about Eileen on the internet but if you search you will come across a few on-line links which are listed below. The obituary by Emmanuel Cooper is warmer than the Guardian’s piece which is perhaps a little impersonal. Both are from 2005.

Eileen is perhaps best known for starting the Ceramic Review Magazine along with Emmanuel Cooper.  She continued to produce ceramics after leaving Briglin. Her works are not numerous but they can be found. I have a few examples with the green dish being very finely made and perhaps the best piece.

I find Eileen’s pieces very well fashioned, carefully put together. Little is left to chance and she seems to be in control. The porcelain allows great strength and a precise , delicate and intricate surface for detail.  If the pieces I’ve seen for sale on eBay and at auction are representative of her production then it seems that Eileen tended to work mostly in porcelain which is a very fine and an exact material, fired at high temperatures and very strong and can be moulded

I assume that the tall vase I have is early and produced before she moved to porcelain and the works became precise. I say this because of the groggy clay and the muted colours which remind me of early Briglin and that is does not carry the impressed wave mark. That vase is monochrome, but dirty monochrome, not clean or pure. It’s miles away from the Porcelain stuff. The bowl is probably later – 70’s as it matches the dated pieces above in the Aberystwyth Ceramic Collection. I’m assuming that the wave mark dates pieces to the post Briglin era? guess?

Here are two photos of her impressed mark. It is a roughly square impression, with an EL centre top. Underneath the EL are two wavy lines which seem to represent water.

From ebay – this mark is quoted as being in use in 1979… Clear Potters ‘EL” seal to base – see photo..Provenance: Private Collection Brighton, Bought c1979… so I would assume the wave mark is late and EL on it’s own earlier. 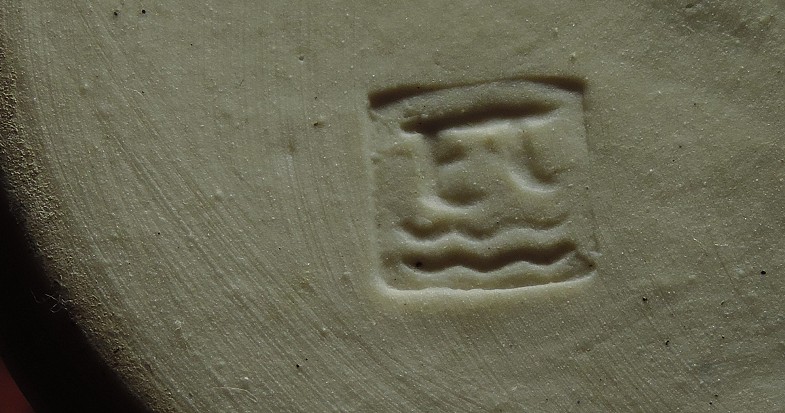 Eileen Lewenstein mark – this first one is very clear, and you can clearly see the fineness of the grain of the porcelain.

Eileen Lewenstein mark – Exactly the same impressed mark obscured by the glaze, this is quite common.

I’ve recently updated the photographs of these two items. See links above. 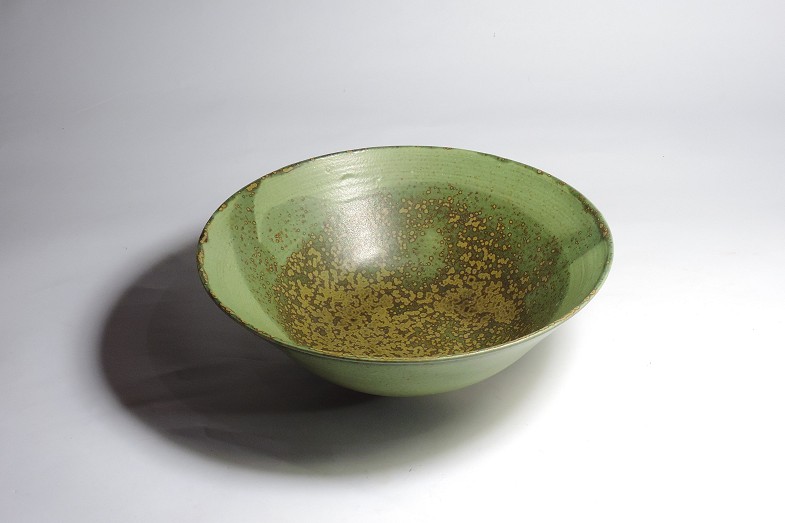 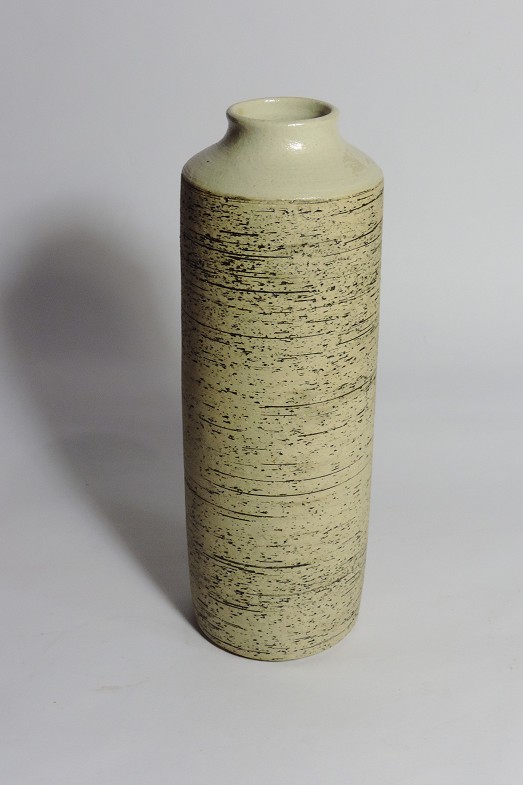